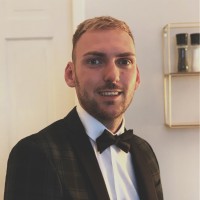 This week the self-storage industry witnessed one of the biggest deals of the year with StorageMart's acquisition of Manhattan Mini Storage.

StorageMart was founded in 1999 and by 2006 had grown to over 60 storage facilities. They virtually doubled their size by acquiring a publicly listed Canadian storage firm in 2008, adding another 62 storage facilities to their portfolio. StorageMart entered the self-storage market in the United Kingdom in 2016 with the acquisition of 15 facilities throughout Southeastern England, after years of expansion in North America. Providing a total of over 220 storage sites in the United States, Canada, and the United Kingdom.

The deal to acquire Manhattan mini Storage is believed to be worth circa $3 billion. This acquisition will allow StorageMart to have a larger presence in New York City and improve its competitive position against competitors such as Extra Space and CubeSmart, with the latter having increased its foothold in the city of New York a year ago with the $540 million purchase of eight self-storage units from Storage Deluxe in Brooklyn, Queens, and the Bronx. The world's largest privately-owned self-storage company, StorageMart, purchased Manhattan Mini Storage in its entirety, which includes all of the company's 18 self-storage real estate facilities across Manhattan.